LLA humanitarian and business logistics and supply chain online learning programmes/face-to-face events are driven by your requirements. Delivered by in-house sector professionals, we are committed to achieving a successful outcome for yourself and your organisation. Customer service and support for our students is at the heart of our business.

What does LLA do?

As one of the UK’s leading training companies in Logistics we offer exceptional levels of training both for individuals and for organisations. Our award winning development programmes are designed to both challenge and develop your Supply Chain and Logistics skills.

Where does LLA do this?

Programmes are delivered by distance learning, online or by face-to-face workshops.  They can also be a blend of these solutions. Using these methods we can deliver our programmes globally.

Whats the difference between Logistics and the Supply chain?

Supply chain is a process that covers all activities from the procurement of raw materials, through the transportations and transformations of these to finished goods and eventual distribution to the end-consumer. It accounts for a high percentage of all UK trade activity. Logistics– the functional activities involved in making the supply chain happen – including sourcing and procurement, inventory management, production planning, warehousing and transportation. Our programmes cover all of these areas as well as areas such management, leadership, health and safety and customer service skills.

What type of qualifications are on offer?

LLA offers a wide range of commercial logistics and supply chain courses. These courses are built around competence-based learning at four levels;
•    Introductory [Level 2] (designed for new entrants or those whose work relates to the supply chain, but are not directly involved in it)
•    Operational[Level3] (designed for team leaders and junior managers)
•    Tactical [Levels 4 and 5](designed for middle management)
•    Strategic [Level 6](designed for senior management) 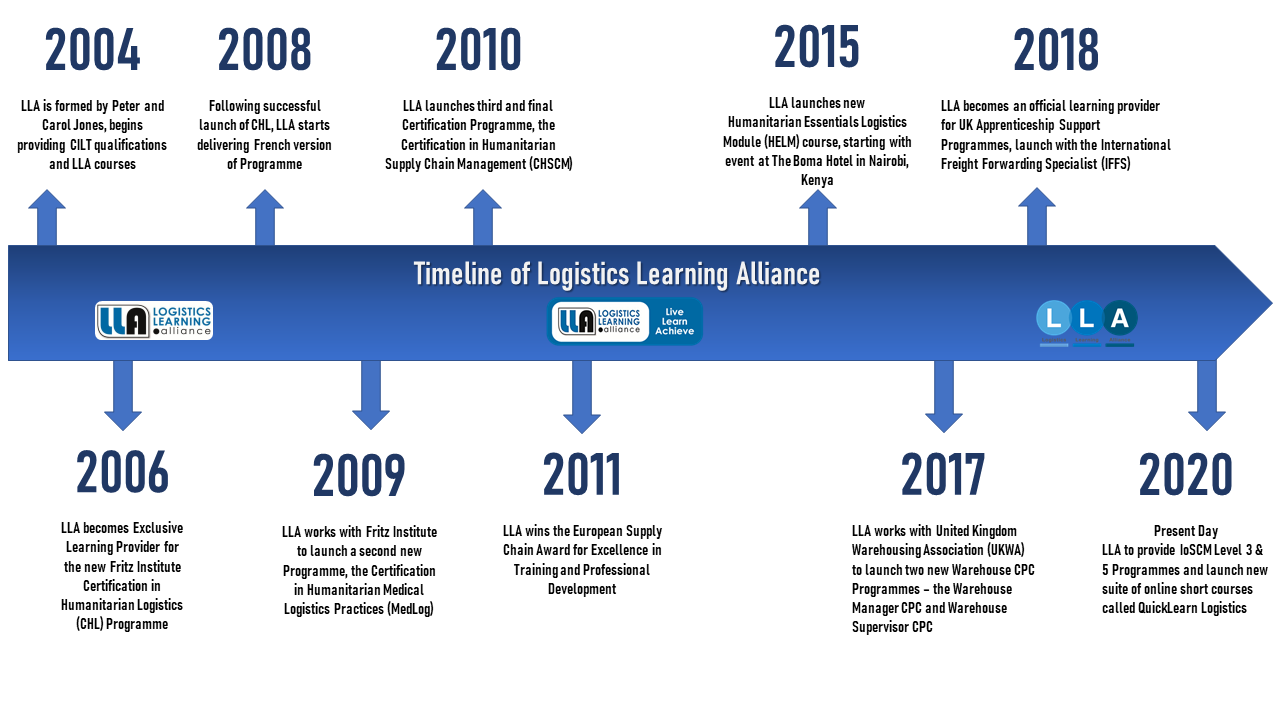 Adrian began working for LLA in August 2007 as a Coach and Assessor.

After leaving school, Adrian worked for The Royal Doulton Potteries Group in North Staffordshire for 13 years in a fast-paced manufacturing environment. Prior to his appointment with LLA, he worked at the Pets at Home National Distribution Centre for 5 years. Before joining LLA, Adrian was a student and studied an Advanced Diploma in Logistics and Transport. When a Coach/Assessor position became available he expressed interest, passed the job interview, and joined the company. Consequently, Adrian has experience on the other side as a Learner.

Adrian’s professional development includes various levels of CILT Diplomas in Logistics and Transport for both commercial and humanitarian logistics and holds both Assessor and Internal Verifier qualifications. Adrian also played a key role in creating and establishing many of the qualifications and courses we offer today. Many of the distance learning programmes were developed by Adrian to incorporate the SCILworld learning platform in line with Qualification Learning Standards.

Haydn joined the LLA team as a Coach and Assessor in April 2013.

Haydn brings to his role over 20 years of experience working in supply chain and logistics whilst serving in the British Royal Air Force, as well as skills from 10 years working within retail management roles at the world’s third largest food retailer, Tesco. Whilst working for Tesco, Haydn was involved in the opening of two new superstores and various store management roles. Haydn spent over four years in project manager roles, focusing on improving quality and waste management in the fresh and frozen foods sector of the business.

Haydn played a key role in the development of the Humanitarian Essentials Logistics Module (HELM) Programme and frequently delivers face-to-face events across Africa. Since its creation in 2015, Haydn has coached close to 600 people, mentoring supply chain and logistics staff in locations including Haiti, Liberia, Sierra Leone, Uganda and Kenya. Haydn now works as Director of International Business for LLA and LLA International.

Chris joined the team in 2018 as a member of our Coaching team and to help build our Apprenticeship support programmes.

Chris studied Applied IT at University and has a background in Logistics Management, with specialism in Inventory and Performance Management. As a lot of his work has involved people management and training, Chris eventually moved into Apprenticeship Delivery specialising in Logistics and IT based qualifications. His work in the education and training sector has largely involved working with young people classed as NEET and those leaving Young Offenders Institutes.

Since joining LLA, Chris has taken on the role of Operations Manager for the company, This is a varied role where he manages many areas of our day to day operations, including; developing and managing our Apprenticeship Support Programmes, development and management of LLA’s IT Infrastructure and the Development of new IT and Web based systems. Alongside this role Chris also coaches our apprentices and learners.

James joined LLA in 2012 and is the main contact for all humanitarian and commercial enquiries.

After leaving college and gaining BTEC and A Level qualifications in Business, Media Studies and IT, James’ first role at LLA was to input data into the then new CRM system that is used to record student data. Having initially joined on a temporary contract, James became a full time member of the team later that year and joined the Student Support team, assisting students with queries and processing student work. In 2013, James took over the responsibilities of handling LLA’s humanitarian enquiries as well as becoming the manager for LLA’s social media accounts. James also studied a Level 3 in Business Administration as part of an Apprenticeship scheme between 2013 and 2015.

James has since expanded his role at LLA, becoming Customer Services Coordinator in 2015 and working closely with NGOs and other key contacts to create and maintain relationships. James assists with the creation of marketing materials, maintaining our website and updating our social media accounts and blog. James also assists other departments, including providing occasional assistance to Student Support as well as assisting International Business Development and Finance.

Caroline joined LLA in 2014 and manages our Student Support team.

Caroline started her career within Human Resources (Engineering) and progressed into various technical Sales and Support roles, gaining a broad experience within Engineering and Textiles over 40 years and covering many areas of Manufacturing, Distribution, Sales, Marketing, Administration and Finance. Caroline also owned and ran a Corporate Clothing Company until retiring from the industry in July 2019. Caroline’s customer base ranged from Local Tradesmen to Premier League Football Clubs.

Caroline’s experience has been invaluable in her current Student Support role, dealing with all levels of experience and skill, across a broad range of industries and commerce. In 2019, Caroline was promoted to Student Support Manager. Caroline assists students with any technical queries and processes task submissions from students as well as updating processes and liaising with Awarding Organisations. Caroline also works closely alongside the learning materials development team.

Barbery has over 20 years of experience working within Finance and Administration, as well as BTEC and OCR qualifications in Accounting and IT. Barbery’s experience includes working in both the education and logistics sectors. Before joining LLA, she worked as the Accounts Manager for a local veterinary group, her work including processing invoices, using SAGE and raising Purchase Orders.

After initially joining LLA to work as part of our Student Support team, Barbery has since gone on to work in our Finance Department. Barbery is responsible for assisting the Finance Department in providing invoices, sorting payments and dealing with general finance enquiries. Barbery also provides occasional assistance to the Student Support team.

Christine worked in the commercial sector before joining LLA, mostly in Admin/secretarial positions, within Manufacturing. Christine’s previous roles included working as a general secretary for Managing Directors, operating switchboards and assisting with finance and general administration. Christine also spent four years in Turkey, helping to teach English to students. Before joining LLA, Christine worked for a charity that offered sports training to children with disabilities or from disadvantaged areas and schools.

After joining LLA in 2011, Carol works as the lead contact at Student Support, assisting students with technical queries and ensuring that all submissions are sent to the correct tutor. Carol works closely with awarding organisations to ensure a smooth customer service experience for all of our students. 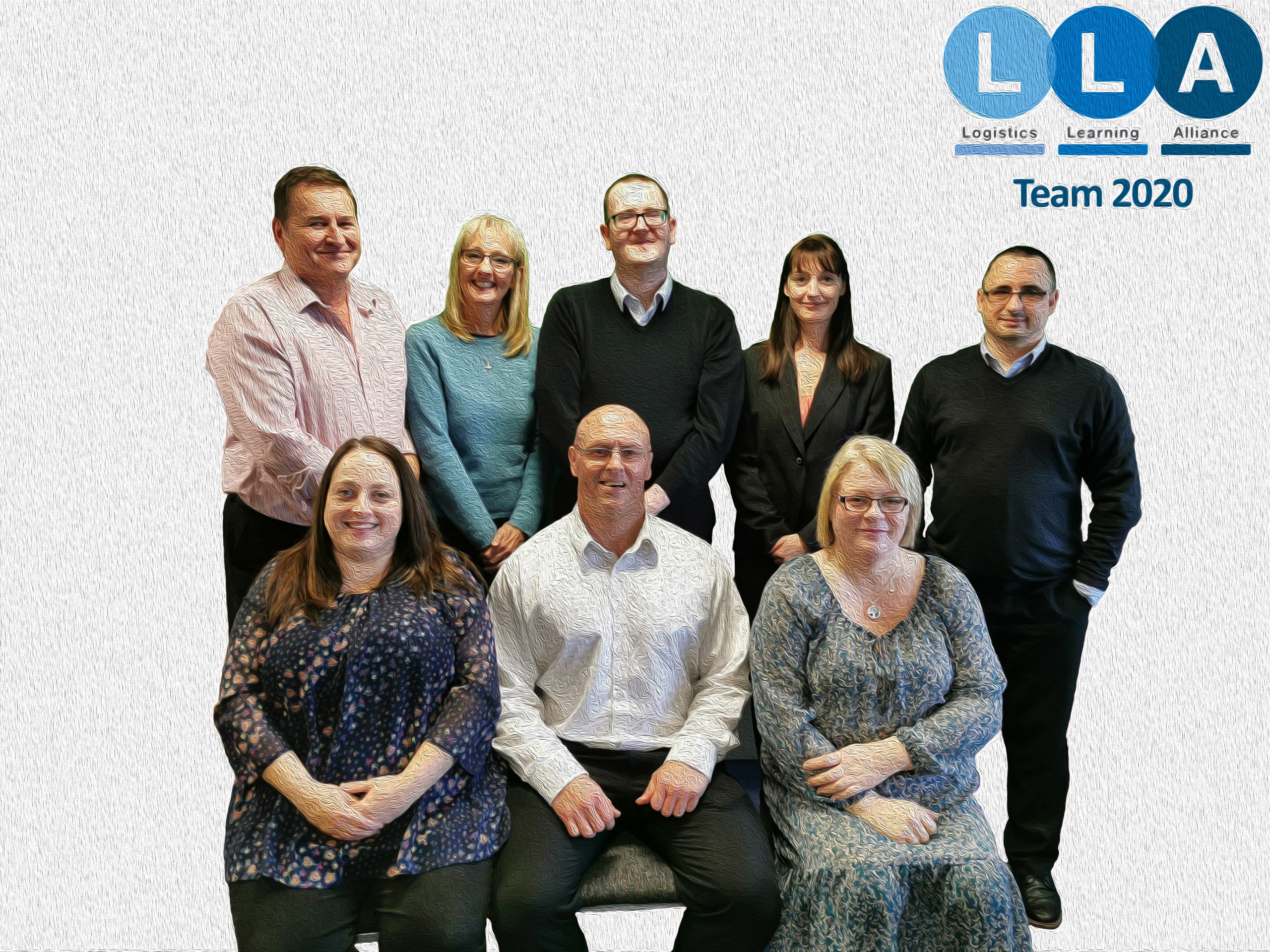 Mike is a member of our coaching team and also works as an internal verifier. Mike has a wide range of experience and works across both our humanitarian logistics and commercial logistics sectors.

Patrice is a member of our coaching team and also works as an internal verifier. Patrice mainly coaches students on our French programme, the Certification en Logistique Humanitaire, but also has students across all of our humanitarian programmes.

Florence is a member of our coaching team. Like Patrice, Florence is also primarily a coach for the Certification en Logistique Humanitaire but also has students working on other Programmes. 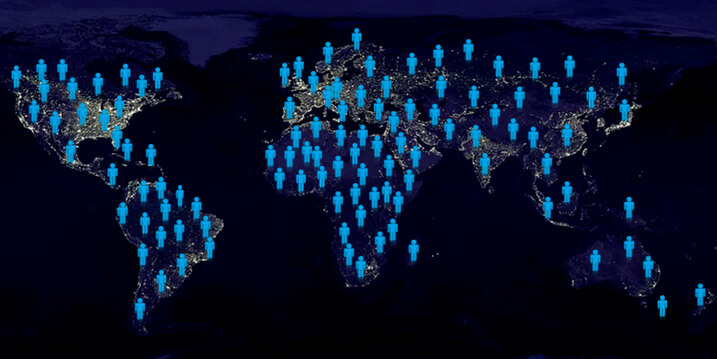 Our international partners are training organisations in different parts of the world with whom LLA has had a long standing relationship. They deliver learning programmes in conjunction with LLA and these can lead to the award of UK regulated qualifications:

Hytech Logistics, headquartered in Dublin, has provided Logistics Solutions to National and Multinational clients since entering the market in 2000. HyTech Logistics are one of very few companies worldwide offering clients the choice of outsourcing their operations or alternatively upskilling their staff to deliver improved operational output. Read more at Hy-Tech Logistics

Johanchal is an experienced logistician, he is currently studying the CHL Programme with LLA and helps organise and arrange HELM Events in Liberia.

Experience in Warehouse and Inventory Management can be an added value in the Humanitarian Logistics Response in Emergency situations. With recent working experience with the Ebola Virus Diseases (EVD) and the Mudslides in Sierra Leone where the International Federation of Red Cross and Red Crescent Societies supported the Sierra Leone Red Cross Society to provide front line volunteers in the fight against the EVD outbreak. A former HELM student who will be support LLA International with events in Sierra Leone.

Rosine is Congolese and has been working for ICRC for 10 years. She brings to LLA a wide range of knowledge and experience in both medical and general logistics (warehousing, team management, procurement, CSD). English, French and Swahili speaking. Former CHL and HELM student.

The European Supply Chain Award for Excellence in Training and Professional Development is awarded for projects that have resulted in improvements to the supply chain via strategic use of training and development programmes.

in 2011 the award was won by the partnership of the Fritz Institute, the CILT and LLA for the Certification in Humanitarian Logistics programme.

Since LLA first started delivering these programmes is 2006, we have successfully graduated over 600 students in the three courses that constitute the Certification  programmes. 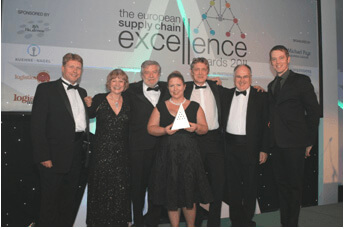 “The program is viewed as highly relevant and valuable by students, their managers, and senior stakeholders. We cite hundreds of examples of favorable comments, with only rare criticism. Benefits are seen in terms not only of improved performance by the trainees, but also in improved career development, increased confidence, improved recognition of the role of logistics, increased understanding of the wider scene, and improved professionalism. Students also report that they have enjoyed the course. These benefits translate into organizational performance improvements.”